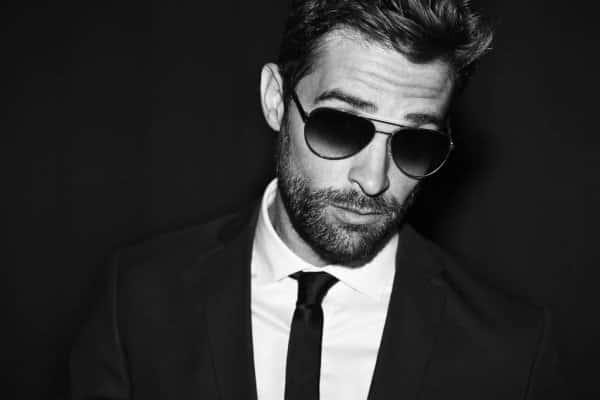 Cryptocurrency mining is heavily dependent on electric energy consumption. The main driving factor of energy consumption through mining is the current price of crypto - the higher the price the more economic sense it makes to get involved in mining. These days miners use specialty hardware like ASICs (Application Specific Integrated Circuits) that are more energy efficient than FPGAs (Field Programmable Gate Arrays) or GPUs (Graphics Processing Units) but given the mass scale of the operations, the cumulative energy draw is significant. To give you a perspective, according to Digicomist, Bitcoins's current estimated annual electricity consumption is 62.29 TWh which is roughly equal to the annual consumption of a country like Switzerland.

While the cryptocurrency's huge energy consumption has drawn a lot of concerns on the environmental impact of the whole process it's still questionable whether the effects of mining are detrimental on the environment. When talking about energy consumption it's important to figure out where does that energy originate from? If we are talking about renewable energy systems then it's worth noting that electricity production can increase while maintaining a minimal impact on the environment. So rather than emphasizing Bitcoin's energy use, we should look at the means of generating that energy. According to coindesk, the miners in China are ramping up their equipment and making new deals with hydroelectric plants - low-carbon electric energy producers. They hope to recuperate their investments betting on ample water supply this summer, especially in China's mountainous southwestern provinces.

Yet another argument in favor of the crypto miners, according to The Next Web, is that:

the electricity used to power Bitcoin mining farms comes from a surplus of energy that countries are desperate to unload.

Think about it, the surplus of energy produced in renewable energy farms goes to waste because it is still not easy to store locally and it's certainly not economically viable to distribute it on long distances. This situation naturally attracts cryptocurrency miners and they turn the clean, cheap energy into digital currency.

Is it profitable to use solar energy for cryptocurrency mining?

We will now engage in a small calculation to find out whether it is profitable to invest in solar with the purpose of using the generated clean energy for cryptocurrency mining. Let's assume you purchase one of the most popular ASIC miners available on the market - Antminer S9i, priced at about $500. It boasts 14 TH/s hash rate and consumes 1.32 kW power. Next, to estimate the dollar amount you'd spend on electricity generated by your solar power system we need to calculate what is called LCOE - Levelized Cost Of Energy. It is the average amount that you will pay for each unit of electricity that your solar energy system will produce over its lifetime.

To calculate a realistic LCOE estimate we can refer to NREL's LCOE calculator. We assume that the system's lifetime is 25 years though it may reach 30 years or more. We also assume that the solar panel system size is 6 kW and the total cost after tax credits is $13,000. The average solar panel cost is $3050/W. Plugging these values into the calculator and leaving the defaults for the rest of the variables gives us $0.11/kWh for LCOE. 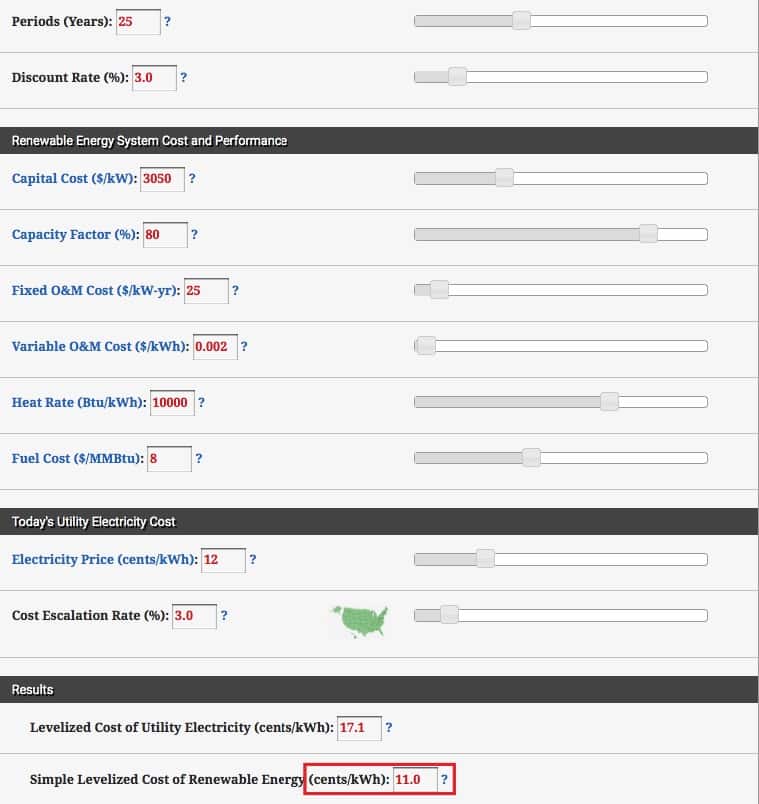 Now we are armed with all the necessary information to calculate the profitability of a given cryptocurrency. Let's start with Bitcoin. Navigate to a Bitcoin mining profit calculator website and plug in the data for the Antminer's hash rate and power consumption as well as the LCOE value 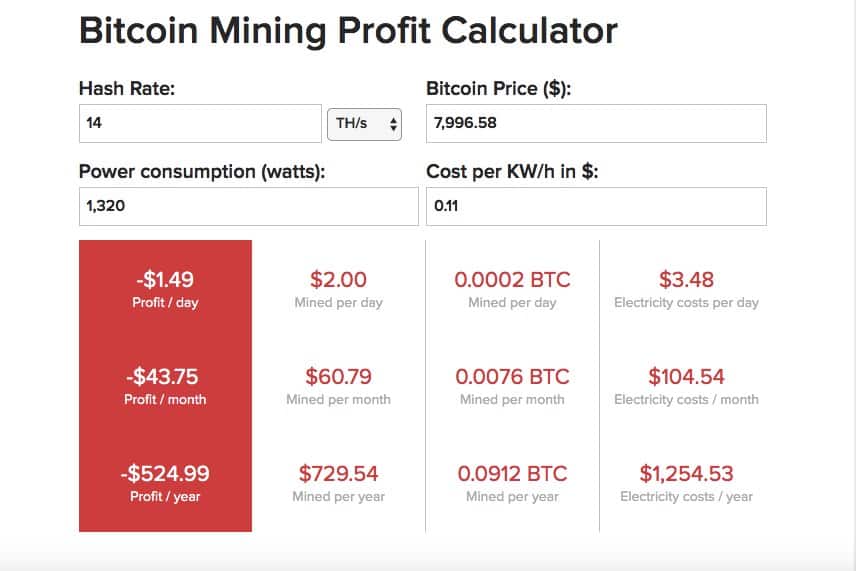 it is not profitable to mine bitcoin through your own renewable source of energy. If only you could find an energy source for 6 cents/kWh while keeping all the other parameters the same you'd be in the green.

There's actually a website called What To Mine that will tell you the most profitable crypto to mine when you input the hash rate (Mh/s), power consumption (P) of your hardware, and the cost of electricity.

To Sum It Up

Electricity drainage makes up 90% of cryptocurrency mining expenses. Taken to the global scale, crypto mining can eat up vast amounts of energy comparable to the annual consumption of a country like Switzerland. But it is not necessarily a bad thing and doesn't have to have a negative impact on the environment. Actually, it can have quite the opposite effect. According to a report by Andreas Antonopoulos, a creative cryptocurrency researcher and influencer:

Mining is doing market arbitrage for the cheapest sources of energy... Bitcoin is an environmental subsidy to alternative energy all around the world because it's causing these projects to be amortized in a year instead of 5.

So bitcoin and other cryptocurrency miners are making new alternative energy farms more profitable today because these farms are being built with the future higher electricity demand in mind and are forced to discard the overproduced energy today because they cannot simply turn off or turn down the equipment. So, in other words, cryptocurrency mining is driving the decentralization of energy production which is one of the most important trends in human history.

Finally, we showed that though bitcoin mining is not currently profitable to mine by powering up via your own renewable source of energy, there is a myriad of other cryptos that can be mined lucratively in 2019 even without specialty hardware but rather with off-the-shelf GPUs.

Us Solar Potential And Actual Production By State 20 November | 2018