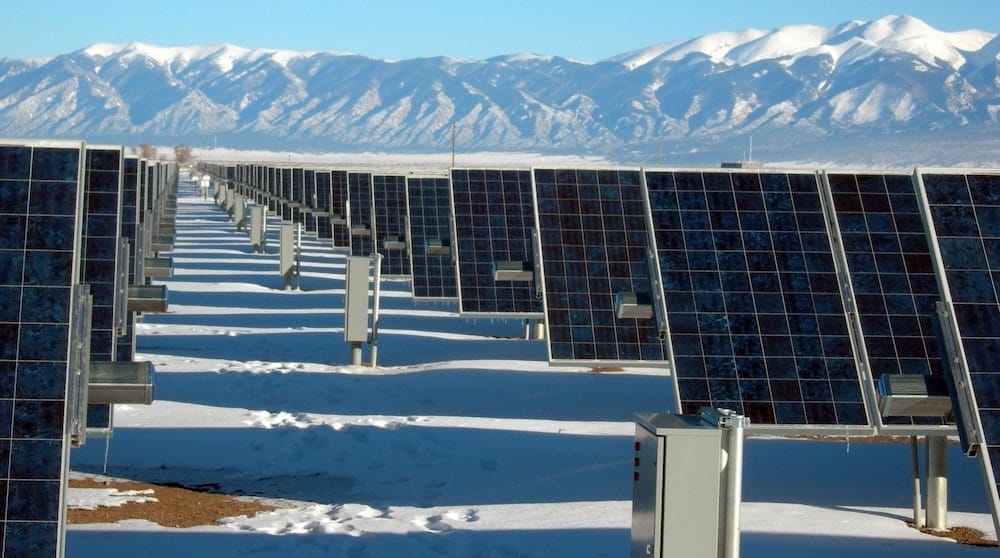 Solar trackers are mechanical devices that rotate the load they carry towards the changing direction of Sun. The load most commonly is a flat solar panel but can also be a parabolic mirror, trough, Fresnel reflectors or a lens. In the case of a solar panel, the tracker's task is to orient the panel so as it is perpendicular to the incident sunlight. Flat-surface solar panels require less accurate and sophisticated trackers than concentrated solar solar power systems because concentrated ones require a higher proportion of direct sunlight for optimal operation. A fixed solar panel will lose 75% of the available energy in the morning and evening due to the Sun's daily east to west movement. A solar tracker trying to recapture the Sun's otherwise lost energy due to east-to-west movement is called a single-axis tracker. Conversely, a tracker that tracks the Sun's both daily and seasonal north-to-south movements is called a dual-axis tracker. So, a natural question arises whether the higher cost of a dual-axis tracker is justified in terms of energy gains it brings. A study performed in Canada showed that dual-axis tracker was accounted for about 4% energy gain which is prohibitively low compared to its cost. In contrast, the single-axis tracker systems saw 24 - 32% increase in produced energy. A non-evident fact is that the Sun has 25 - 60% of its power when it is 5 - 15 degrees above the horizon so solar trackers can help this otherwise lost power. Also, the panels are at their top efficiency when the ambient temperature is not higher than 25 degrees C (77 degrees F). So in the cooler hours of the morning and in the winter, the panel is 20% more efficient and can leverage a tracker to increase its production.

As the name suggests, the tracking axis of these trackers is horizontal with respect to the ground. These trackers are more effective in low-latitude regions. Horizontal trackers typically have the panel's surface parallel to the rotating axis. An above ground tube oriented towards the north-south line has one or more panels mounted on it. The tube rotates on its axis to track the Sun and the panels rotate with it.

The rotation axis of VSATs is vertical in relation to the ground. These trackers rotate from East to West during the day. If you are in a high-altitude zone then such a tracker would be more effective compared to HSAT. When installing several panels in a row equipped with VSATs, a careful consideration should be made about the layout to avoid one panel casting a shadow over another one during rotation.

In general, those trackers that don't have horizontal or vertical rotation axis are called tilted single-axis trackers. Tilt angles are usually limited to reduce the load on the panels due to high winds. As it is the case with HSATs, TSATs typically have the panel's surface parallel to the axis of rotation.

Solar trackers can cause 30% - 40% increase in power output depending on the longitude/latitude and weather conditions. Always tracking the Sun also increases the panels' conversion efficiency. On the down side, a solar tracker, as any mechanical device, is prone to failures. So, solar trackers introduce maintenance or repair overhead to the system if the moving parts get stuck or break down. The tracking gears are more susceptible to breaking down due to storms than panels themselves.