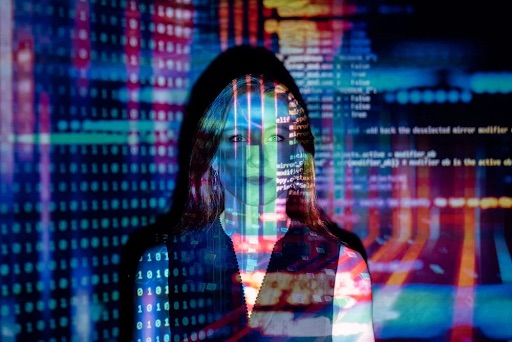 It was the year 2006 when Al Gore wrote about the dangers of global warming in his book The Inconvenient Truth. At that time, U.S. carbon emissions were alarming (the year before, emissions were at an all-time high of 6,000 metric tons of Co2). Fast forward to a decade later in 2016, and this level has since decreased by 14% to 5,200MTC02. While the world can rejoice over significant results birthed by ecological conservation efforts, much still needs to be done. The fight against climate change is not a battle but a war. Like a mutating virus, the tentacles of environmental pollution continue to take on more aggressive forms to support our increasingly demanding consumerist society. The creation of more effective carbon-neutral strategies for corporations has become imperative. Thankfully, the urgency to protect the world we live in has been communicated with great clarity, by the scientific community, climate change advocates,

social institutions, and activists alike, to all stakeholders. Today, the giants in the tech industry have also come on board the green bus. Amazon, Apple, and Google, the Big Three of Technology, have come up with high-impact ways to take on the climate emergency.

In 2018, Amazon was ranked as no. 1 in the U.S. in the corporate category by the Solar Energy Industries Association (SEIA) for its commitment to building its solar infrastructure. The industry giant would later announce in May 2020 that it would embark on five solar projects in China, Australia, and the United States. Today, the leader in e-tailing has a total of 232 renewable energy projects that can produce 10,000 megawatts. If one megawatt can power 164 homes in the U.S., this means that the projects can generate enough electricity to provide the requirements of at least 1.64 million homes in the country. Amazon calculates this at 2.5 million U.S. homes. Imagine if this can be replicated across the entire nation and globally as well. Not only is Amazon a producer of renewable energy, but it is also its largest corporate buyer. These have helped fast-track by five years (from 2030 to 2025) Amazon’s goal of using 100% renewable energy to power all its requirements.

The company has also incorporated restoration enablers into its transportation system.
In 2019, the tech behemoth purchased 100,000 electric delivery vehicles, which are being rolled out in phases beginning 2021, with all vehicles hitting the road by the year 2030. This is on top of the electric vehicles that are already in use by Amazon’s regional offices around the world. As the leader, not only in tech but in the entire business arena, anything that Amazon does carries a lot of weight. With the mentioned purchase, the largest of its kind, the no.1 tech company has sent out a buying signal to the rest of the corporate world for electric vehicles. Alongside an increased demand, manufacturers will ramp up production. As more and more supply floods the market, this will naturally bring down prices. In time, the average joe and jane will have access to the purchase of these vehicles for personal use at a more commercially viable price point.

Long after the demise of Steve Jobs in 2011, the company he created continues to carry on his visionary strength, this time through its investments in nature-based solutions to support environmental protection and conservation. The manufacturer of one of the most sought-after products in the universe has partnered with the U.S. Green Fund in the investment of $100 million in more energy-efficient projects for Apple’s suppliers. In addition to this partnership, it has also poured hundreds of millions into several endowments, including the Restore Fund and the Right Now Climate Fund which focuses on reforestation and the revival of wetlands. The planting and maintenance of trees in urban places is also another area of priority. These efforts are not only environmentally protective but are also prudent decisions from a financial perspective. While helping offset Apple’s carbon footprint, especially from its hardware supply chain operations, the company also profits as an investor in timber production. It is a win-win for all.

Moore’s Law states that the speed of computer processing doubles every 18 months at the minimum. However, this idea is becoming more and more challenged. The rate at which technology is growing is mind-boggling. It is projected that by the year 2025, there will be 38.6 billion smart devices in existence. For the production of every single Apple
iPhone 12 Pro Max, CO2 emissions amount to 86kg. And that is just from the production process alone. This is why Apple is hell-bent on creating low-carbon product designs that are not just visually appealing with cutting edge functionality but are also more carbon-neutral. Its fourth-generation Echo Dot speakers and Fire TV devices were created with aluminum and fabric that are 100% recyclable. The company also uses more and more cardboard packaging from sustainably conscientious suppliers and looks for ways to cut down on its plastics consumption.

One of the enviable companies that rank high in the list of new hires is Google. The tech titan has shown a sincere and deep concern for its employees via the creation of sustainable working environments so much so that the digital generations of today deem it as the standard for the ideal workplace. It is not just the attractive pay, ample medical benefits, and generous leaves that pull in the talent. Within its Mountainview California headquarters, employees can get around using Gbikes. To cut down on carbon emissions from single-passenger cars, free shuttle services are also offered by Google. There are also a variety of personal growth activities, such as cooking lessons and on-site gym classes. Have you heard of the soundproof and light-proof decompression capsules that employees can use for a quick afternoon nap to make up for their lost Zzzs? Or how about the fact that you can take your fur babies to work? At Google, sustainability is spelled FUN.

Google data centers support all its products, such as Gmail, Google Cloud, and Search. It is therefore not surprising that Google is one of the largest energy consumers in the world. In 2019 alone, it is reported to have used up 12.4 terawatt-hours of electricity which would be enough to power small countries. To make up for this, Google has invested in substantial offsets, such as by being one of the largest consumers of renewable energy. It has also designed its processes to decrease the use of virgin materials. The tech giant is also thinking of how to make its products
last longer and how to incorporate more sustainable processes into its system to create a circular economy. Sustainability seems to be a key anchor word in Google’s economy.